Gen Z is about to kill cash

They love stores, they love experiences, they visit bank branches more often than Baby Boomers. So how likely are younger consumers to pay with their phones? Very, experts say.

Despite the fact that for the most of their lives smartphones have been an extension of their very selves, Generation Z, like their older millennial cousins, love stores and cherish experiences — they even use bank branches more often than Baby Boomers. This sounds like a throw-back, an affinity for the vintage. So how many younger consumers are likely to pay with digital wallets?

Probably more than most retailers are prepared for.

"Do I think cash is dead? No," said Peter Caparso, Checkout.com's president of North America. "Do I think it’ll be greatly diminished? Yes. Until 2007, after the invention of the phone in 1876, you were tethered to a five-foot semi-circle to talk. Now this younger generation, they’re used to the convenience and the portability of the phone, and that's translating to the retail arena."

Mobile payments have had a bumpy road to adoption, in part thanks to misconceptions about how they would evolve. A few years ago, for example, Apple Pay seemed poised to take the crown in what was deemed a winner-takes-all race to become a "universal wallet." That helped fuel an ill-conceived effort by a worried group of retailers, (led by Walmart but joined by several of its rivals), to block Apple Pay and come up with their own digital wallet. That attempt, CurrentC, went down in flames before it ever got off the ground.

But even Apple Pay has lagged behind predictions. As digital payment adoption failed to follow a certain upward trajectory, it began to seem that a critical mass of consumers just really prefer plastic cards. That has been a misunderstanding of how payment methods develop​ and has interfered with retailers' need to invest, said Ralph Dangelmaier, CEO of BlueSnap.

"It takes five to seven years for something to take hold, no matter what it is," he told Retail Dive in an interview. "Everyone is too bullish in the beginning and too bearish in the middle. The Gen Z’s want to bank on Apple, Venmo and the rest. Four years from now, or maybe three, half of payments will be on [big players like] PayPal, Apple Pay, mobile Visa Checkout and now this new one, W3. The browser will be a wallet. The 'buy now' button, that's going to be smoking hot, I think."

A few years into the digital payment evolution, things are finally picking up speed, according to Bluesnap data. From the fourth quarter last year to the first quarter of 2018, wallet payment spend rose 114%, the number of transactions has increased 38% and average ticket size is up 55%. That's evidence of four important factors, Dangelmaier said: there's greater acceptance, shoppers are more comfortable, they're having a better checkout experience, and there are more repeat purchases.

When it comes to the ease and expectation of mobile payments, it's not so much that younger consumers, both millennials and Gen Z, have an easier time adapting to new tech and payment methods. It's more that the phone is simply their portal to the world​. There's just no reason to have paper dollars or even plastic cards taking up space in a (physical) wallet when it's all on their phone.

Credit cards, and even checks, were earlier replacements for cold hard cash, but they can't compare to the zippy, app-based money transactions possible on mobile and the web. That doesn't mean, however, that spending for younger consumers is notional. For Gen Z, who are still under the age of 21 and even in some cases in preschool, that means paying for things like sharing a pizza with friends. Meanwhile millennials, some of whom have entered their 40s, are looking at purchases like cars and homes.

But even with the recession well in the rear view, the economy chugging along and, for many, their earning potential realized, millennials remain loathe to over-spend, Caparso said. More younger consumers are also opting for longer-term financing and rejecting the stiffer terms of most traditional credit cards.

"Millennials are more likely to use the credit card in order to build up their credit rating and not for day to day living," he said. "Growing up during the Great Recession, has given them, definitely it seems to me, a reluctance."

And while some adults think of Gen Z as unable to get off their phones, their digital nativism actually leads them to feel very much in control of their devices, according to Jane Cheung, global leader for consumer products for the IBM Institute for Business Value and leader of an IBM study on Gen Z for the National Retail Federation.

"They don’t think about 'on or 'off,'" she explained in an interview with Retail Dive last year. "But according to our data, this generation is very smart. Their top three criteria in order to feel comfortable giving personal information is they need to know the data is protected, they want to know the terms and conditions and they want to know how retailers are collecting the information."

What retailers should do

It's not a world where the kind of exclusivity pursued by CurrentC will fly or even the more accepted practice of taking some charge cards but not others. The good news is, digital wallets don't come with the kind of transaction fees that retailers now face from banks, according to Dangelmaier. In fact, while it's "a huge benefit to the shopper, what the retailers don’t get is that it doesn't cost more, despite what most people think," he said, noting that fees are paid by the issuer, not the merchant.

It's not that there won't be winners and losers, but retailers needn't have a dog in that fight, Caparso says. "There are a ton of wallet methods out there — it’s like alphabet soup," he said. "If you’re working with a provider that has the full portfolio — you’re allowing yourself to maximize all the potential deals. I do think with the younger generation, some wallet methods will win out over others. You want to be able to have the flexibility to accommodate this younger demographic."

Dangelmaier agrees, adding that retailers do have some say in how well they'll fare as cash fades and the digital wallet rises. "The Z's and the millennials, no brainer. The X’s and the Baby Boomers are in. The banks are going to do well. The loser is the guy printing money — check printing companies, ATM machines," he said. "And merchants that don’t get on board because they’re reading that it's not really a trend yet, they’re just wrong, and they'll lose sales." 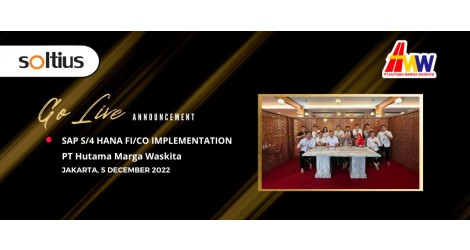